We  have been advised that Haku is working as an active Therapy dog through Invisible Paw Prints Pet Therapy with his owner/handler. He apparently is a big hit with children’s reading group and other activities.

We have also been advised that another of our puppies, ZIRAH (Ivy/Rocco) is also an active therapy dog. She is a member of Go Team Therapy Dogs, and  she’s been approved as an official therapy dog for her local Kaiser Permanente hospital! 🙂 she’ll have full access to every section of the hospital, including the emergency room. Her owner reports that she is  constantly in awe of what a great dog she is

As we previously reported we planned to breed Maxx and Belle early this year. That breeding took place on Jan 4th. On March 6 a single puppy was delivered via C section. Sometimes mother nature plays tricks on us and this is no exception. This is our first litter of one and this little guy represents the 50th puppy produced by Fairwind Shilohs. He is the spitting image of his father and we are calling him Mini-Maxx. Unfortunately for those waiting for a puppy he is spoken for. We will post photos on the page marked Maxx/Belle Mar 6, 2021.

Below are some photos of 8 month old puppies from Madison’s 2019 litter which was a litter of 5 whites and 5 sables. 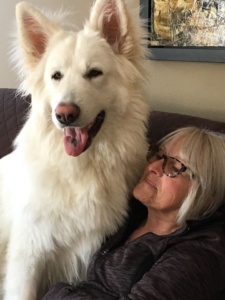 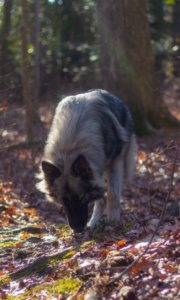 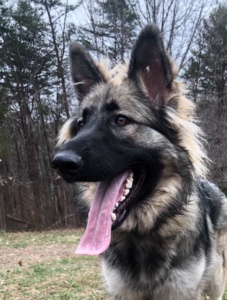 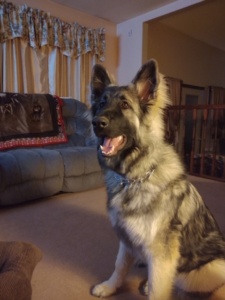 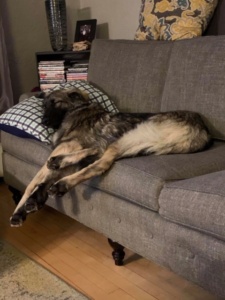 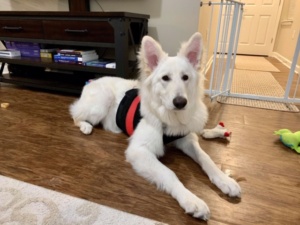 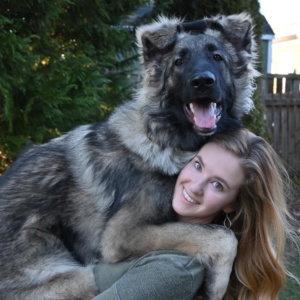 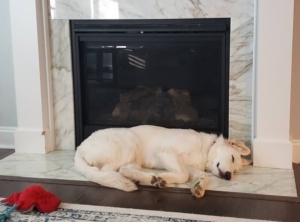 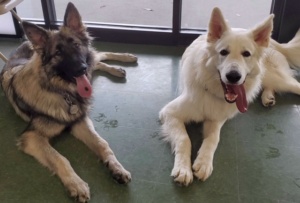 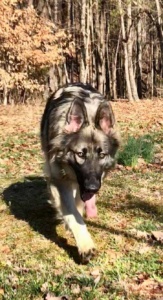